Before the performance on Saturday June 25th, we had a birthday party tea and welcomed back past members to join the cast and crew.

Due to popular request, the programme consisted of many old favourites from our past shows, and a specially written miniplay “The S-Files” by our own David Pinwell.

We also produced a souvenir programme with anecdotes from past chairmen, and photographs of productions.

The programme listed the names of 173 different actors who had appeared in SMASH productions.  It was a delight to note that SMASH had included many families and people of all ages working together.

A special feature was a section on our unsung backstage heroes – the names of over one hundred who had helped behind the scenes were acknowledged. 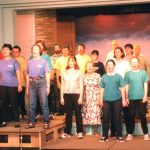 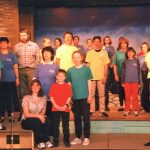 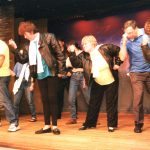 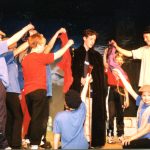