This was the first time that SMASH has chosen to repeat a work but it seemed important to celebrate the year 2000 with a Christian work.

For many people, Christmas may simply be a festival to brighten the cold, dull days of winter. Others may be looking for something to give their lives more meaning, and the celebration of the birth of Jesus is just that. This is one of the messages of Born For Us All.

2000 years ago, the people of Bethlehem needed hope. They lived in an occupied country where the Romans were controlling their lives. They may have longed for a Messiah to come and bring them hope for the future. Perhaps today we can still see the relevance of Christ’s message for us.

We may not be like the shepherds, visited by voices from God. We may not have anything as clear as a shining star to guide our way. We may be like Jacob who gradually comes to see that Jesus’ birth has some meaning for him.

The situation in which the people of Palestine found themselves two thousand years ago, holds many parallels for people today. The country had been invaded and was ruled by foreigners, there was a feeling that individuals had no power to shape events, and that whatever happened was governed by fate. Into this dark world came one baby, giving hope for the future, who later suggested that individuals mattered and had free will.

In revising the music for the production, it became clear that we should add some songs which explored how the situation affected the thoughts and actions of ordinary people. So those who saw the original production will find some new emphases and new music – but don’t worry, ‘Counting Sheep’ is still there.

The synopsis of Born For Us All is detailed in the entry for the first time the musical was performed in 1992. 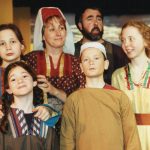 Jacob, the innkeeper and his family 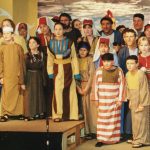 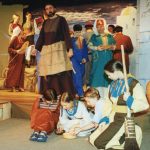 Preparing for the census 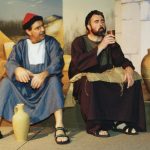 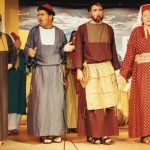 What shall we do about our children? 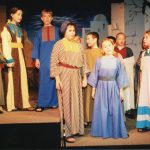 Deciding to visit the stable 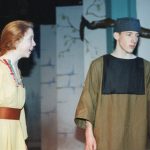 Sarah wants to become a shepherd 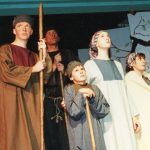 The shepherds see the light 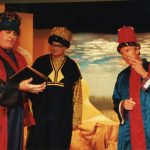 The books were right! 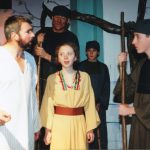 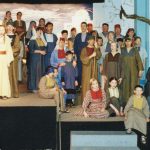 Some of the cast