This was the first time we moved our SMASH performances from our ‘home’ at Solihull Methodist Church. We decided to take advantage of the larger stage (with much easier access from the wings for a cast of over 45) and excellent raked seating for the audience at the new Dovehouse Theatre, part of Langley School in Solihull. In fact, we were one of the first amateur groups to use the new facilities.

Children of Eden is based loosely on the first nine chapters of the Bible. Ever since Eve tasted the Fruit of Knowledge in the Garden of Eden, all humans have been faced with choices; choices which signify our freedom, yet choices which lead to pain. This is the theme highlighted by the Children of Eden musical, which was first staged professionally in 1991.

SMASH’s production in March 2001 was the Midlands amateur premiere of Children of Eden.

Review from the local paper:

The complex vocal arrangement provided a major challenge but the skilled musical direction by Peter Farndon, and overall direction by Sheila Tallon, proved more than equal to it.

This vibrant and moving musical retold the familiar Genesis accounts of the Creation, the Fall, Cain and Abel, and Noah’s Ark. But this production was no ‘tea-towels on head’ affair.

SMASH dispensed with conventional costumes, scenery and props, instead using minimal staging and maximising the cast’s talent in conveying the images of the story through movement and gesture.

The narrative, consisting of almost continuous music, flowed seamlessly linked by recurring themes and motifs. The story is told by the chorus, the ‘generations of Adam’.

A strong group of principals emerged from – and then blended back into – the group of story-tellers as the tale progressed.

Children of Eden includes traditionally heart-warming moments. Younger cast members run onstage as animals at the Creation, joyful at the end of the flood.

However, the musical also raises movingand unusual questions on a well-known and traditional story, such as Adam’s choice of Eve over God and Noah’s difficulty in leaving friends to die when he boarded his ark.

The audience were captivated by moments such as the serpent’s slippery dance, delighted by the animals, and then close to tears at the death of Eve.

With its beautiful, memorable music, and complex and joyful moments, Children of Eden was highly successful and thank you to everyone who supported us. 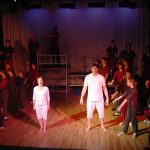 And father breathed life into his children 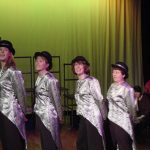 And the cleverest of the animals was the snake 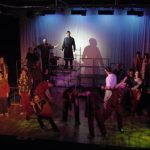 Adam and Eve, you must leave the garden 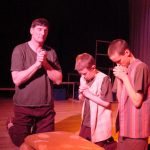 Adam and his sons, Cain and Abel 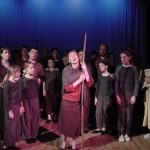 Eve and the Children of Eden 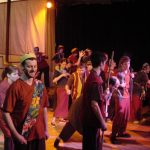 The generations of Adam 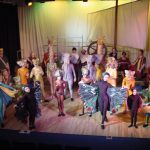 The animals prepare to enter the ark 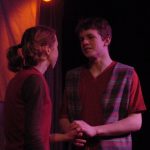 Yonah and Japeth in whatever time we have 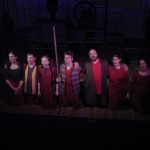 Noah and Family – for such a time as this 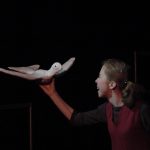 Sailor of the skies: Yonah and the dove 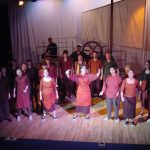 Ain’t it good to see the sun again! 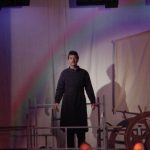