This three act play takes place one weekend in the late autumn of 1938 at the country home of Charles and Dora Randolph during the celebration of their Golden Wedding Anniversary.

Charles and Dora are joined by their four surviving children, Hilda, Margery, Cynthia and Nicholas; Margery’s husband, Kenneth and their two children, Flouncy and Bill; grandson Hugh, his wife, Laurel, and their baby son; granddaughter Scrap and daughter-in-law Edna.

Charles’s sister-in-law, Belle who has been living in America for 25 years, is also present. Dora is supported throughout the weekend by her companion, Grace Fenny.

As the weekend progresses the foibles of family members become apparent. Nostalgia for lost youth gives way to differing attitudes to the onset of middle and old age.

The weekend culminates in a dinner party at which we discover that members never quite escape from the family – “that dear octopus” – nor ever wish to. 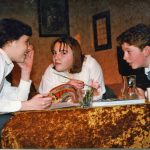 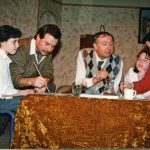 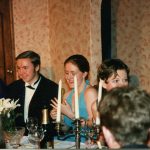 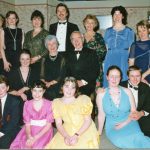 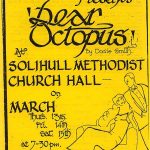