A musical based on the Gospel according to Saint Matthew conceived and originally directed by John-Michael Tebelak.
Music and new lyrics by Stephen Schwartz.

After Children of Eden, we were particularly keen to maintain the interest of our younger members, and to capture some of the talent and ability that they demonstrated. Godspell has a relatively small cast, and so youngsters became involved in all aspects of the show, including helping with sound and lighting and with costumes and stage management. This of course ensures the SMASH of the future!

But why did we choose Godspell, and why now?

Godspell is about individuals coming and working together to form a community, just as we hope we achieved in this production.

Godspell’s message is that a person’s race, religion, ethnic background, sexual orientation or political leaning does not matter – but rather their contribution.

In Godspell a community of individuals are brought together by the inspiration and teaching of Jesus. When their leader, Jesus, is taken from the community they remain together, ready and able to carry out the lessons they have learned.

By placing Jesus in a modern setting, Godspell focuses on what he is saying rather than when and where he was saying it. His messages still have relevance in these times of conflict.

…this is a new generation once again telling a timeless story – how a community is formed around a man with a simple but profound message: ‘Always treat others as you would have them treat you’ and ‘Anything you did not do for one of your brothers here, you did not do for me’. It is a story we all clearly still need to hear. 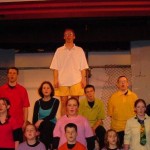 God save the people 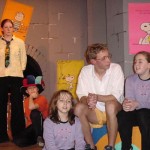 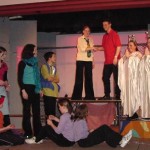 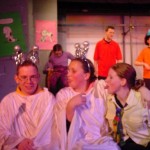 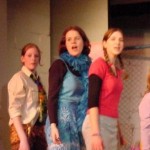 He clothes thee with his love 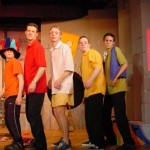 He upholds thee with his truth 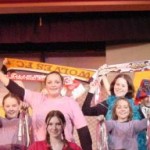 O bless the Lord my soul 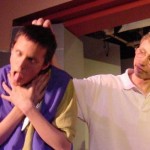 And the weeds choked the good seed 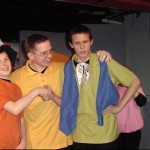 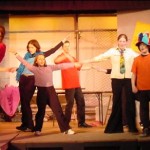 You are the light of the world 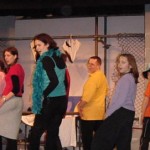 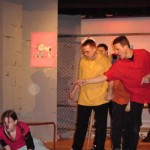 Caught in the act of adultery 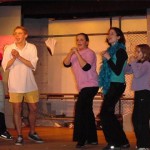 We beseech Thee, hear us 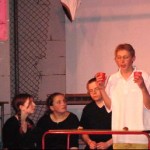 Drink this in remembrance of me 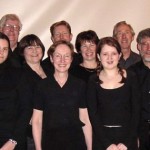 The younger members of Solihull Methodists Acting and Singing in Harmony last night proved that the group has a bright future ahead, with a ground-breaking new production of Stephen Schwarz’s Godspell.

Kirsteen Farndon, directing her first production for the group, infused the 30 year old script with an energy and topicality that was established from the opening sequence. The connection between the Biblical stories upon which the musical is based and the problems of modern life was emphasised through a montage of media clips, the design of the set, and a mobile phone conversation that provoked a few ‘tut’s’ from audience members before they realised it was part of the show!

The cast buzzed with energy and established a community dynamic which heightened the poignancy of the final scenes. Richard Bates gave Jesus an affable quality in the first half, and was powerfully moving during the growth in tension in the second act.

The cast all demonstrated a musicality that complemented the innovative underscoring of musical director Peter Farndon, and the singing was enhanced by the off-stage chorus, made up of members of SMASH of all ages.

Choreography in a variety of styles punctuated the familiar parables, and the audience responded well to the physical humour that shone through in the different scenes.

It is notoriously difficult to please a first night audience, so the cheers at the end of last night’s performance are a tribute to the efforts and achievement of this sparkling cast and crew.