Whistle Down The Wind is a story set in the late 1950s that highlights the uncluttered thinking of children that is, for the most part, sadly lost in adulthood. It seems as if children and adults live in separate worlds with different perceptions and languages, but as in life sometimes an event – in this case a stranger in the barn – can bridge the gap.

We first performed Whistle in 1997 and received so many requests to repeat it that we did!

Six new SMASHERS joined us for this production.

Review from the Solihull Times

SMASH, the music and drama society of Solihull Methodist Church have revisited a previous production this week at the Dovehouse Theatre. Based on both the book by Mary Hayley Bell and the 1961 film, the musical version of ‘Whistle Down the Wind’ was presented by SMASH in 1997.

Laura Ralph (Cathy), Kim Deane (Nan) and Matthew Austin (Charlie) were outstanding as the trio of children who find an escaped convict in their father’s barn. Mistaking him for Jesus, the secret soon gets out and the rest of the children in the village are enlisted to keep ‘Jesus’ safe. The group of children were consistently excellent, singing superbly and staying in character throughout.

The adult characters gave full weight to the dialogue and songs illustrating their brusque impatience and the fear surrounding the situation. The song at the Sunday school nativity play was one of many highlights. This was a definite SMASH hit and there will be many more to come. 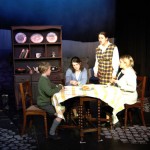 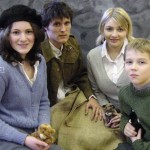 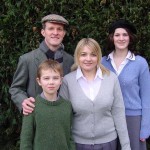 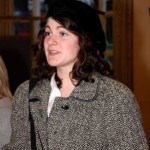 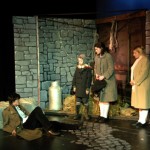 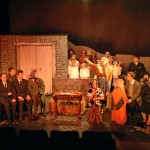 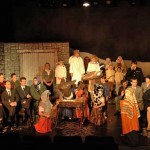 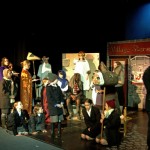 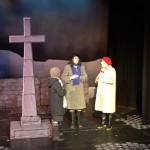 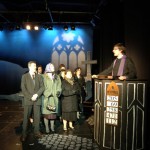 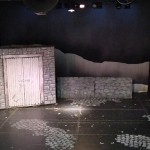 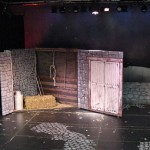 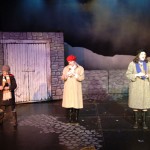 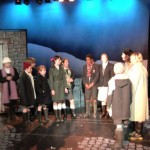 Children outside the barn 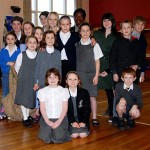 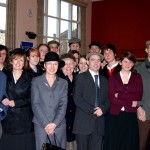 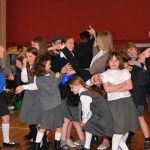 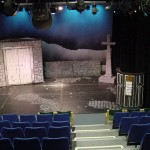 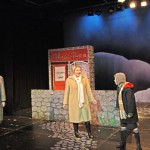 The Mayor of Burnley

The time is the late 1950s in a small village in Lancashire. Hurrying to a barn with three rescued kittens, Cathy, a schoolgirl, discovers a stranger hiding there. She recognises him immediately as Jesus Christ and tells her sister, Nan.

The next day their brother Charles also learns of their discovery. They decide to tell nobody, but gradually word spreads through the children of the village. Anxious to protect Jesus from unbelieving adults, they keep his arrival a secret and besides, most of their parents are preoccupied with news of a convict on the loose in the area.

Trouble starts when the village bully, Raymond, threatens to give the game away.